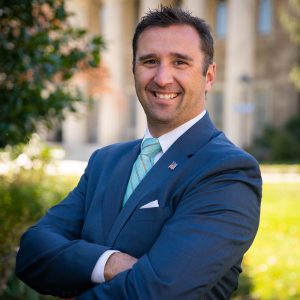 Rob is a partner at the firm, and his practice is dedicated to family law cases. He also handles many cases representing children as a Best Interest Attorney, Privilege Waiver Attorney and/or Child Advocate in contested custody matters.

Rob is a graduate of Loyola Blakefield (1998) and University of Delaware (2002 – BA English Journalism). While at Delaware, Rob was the Managing Sports Editor for the University’s student-run newspaper, The Review. After UD, Rob earned his JD at the University of Baltimore School of Law (2005), where he was the Editor-In-Chief of the Journal of Environmental Law, and a member of the 2004 National Telecommunications Moot Court Competition. Upon graduation from law school, Rob clerked for the Honorable Patrick Cavanaugh on the Circuit Court for Baltimore County. Following his clerkship, Rob started his practice with a small Baltimore County firm prior to joining what is now known as Howanski, Erdman & Borchers, LLC in 2009.  Rob completed his Child Counsel Training in 2007, and is frequently appointed to represent children in contested custody matters.  Additionally, Rob completed his Parent Coordination training in 2018, and is now certified to assist families in resolving their differences in this capacity as well.

In addition to being an avid Ravens and Orioles fan, Rob enjoys spending his free time with his wife and three sons, working out, playing golf, and sitting on the beach. 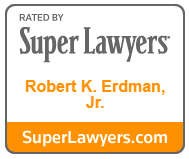