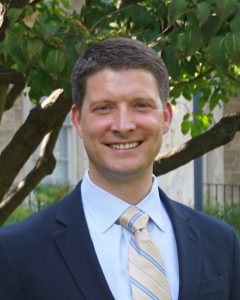 Craig joined the firm as an associate in 2013 and his practice focuses on the various aspects of Family Law matters.  Prior to joining Howanski & Erdman, Craig worked for the Department of Justice in the Office of the Solicitor General.  There he performed legal editing and research on appellate briefs filed on behalf of the United States in the Supreme Court.

Craig was born and raised in the Baltimore area, where he graduated from Calvert Hall College High School (2001).  He then received a Bachelor of Science in Finance from the University of Delaware (2005) and finally his Juris Doctorate from Roger Williams University School of Law (2008) in Bristol, Rhode Island.  Each winter at Roger Williams, Craig volunteered as an Income Tax Counselor providing income tax preparation services to low income families in the community.

Craig likes to spend his free time with family and friends, supporting the Ravens and Orioles, playing sports, cooking, exercising and relaxing on the beach.