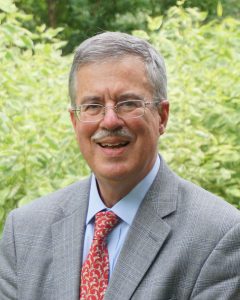 After receiving an undergraduate degree in history from Yale University in 1970, Craig graduated from Yale Law School in 1973 and was admitted to the Maryland Bar.  Craig has spent more than 40 years working with clients to help resolve difficult, sensitive, and complex matters.

Appointed an Adjunct Professor at the University of Maryland Law School in 2009 Craig teaches a seminar course in the Spring semester entitled “Marital Property and Divorce Litigation.” In 2016, he published an Article in Litigation Magazine, an ABA Publication, entitled “The Settlement of Family Law Disputes Gets No Respect.”  This Article presents many of the principles and practices that Craig applies in his practice of law and his relationship with his clients and other professionals.  Although experienced with litigation, Craig believes that most family law disputes should be settled, because of the many negatives associated with family disputes and litigation, such as high legal costs, disruptive effects on children, anxiety, and worry for the parties.  He believes that careful preparation leads to good results in and out of court

Craig was commissioned as an officer in the U.S. Army in 1970. When he is not working with clients or teaching law students, he enjoys spending time with his family, (including four granddaughters), reading mystery books, music, and physical activity.